The City of Refuge & the Earth

Home / ເທດສະໜາ / The City of Refuge & the Earth 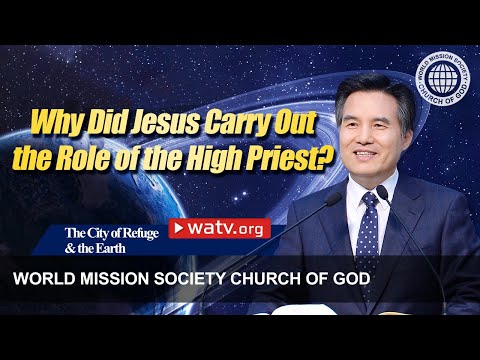 The City of Refuge & the Earth

There are many the laws which were written in the Bible. Among them, the city of refuge is really marvelous and mysterious.

When you look at the system of the city of refuge, it may seem a bit irrational. What is it trying to tell us?

The law is the shadow of the good things that are coming (Heb 10:1). The secret of why mankind can return to heaven, the hometown of our souls, is in the law of why a sinner, imprisoned in the city of refuge could return home.

The Bible says that all mankind are sinners and the hometown of our souls is the heavenly country. (Romans 3:10, Heb 11:13~16). That is, this earth is the spiritual city of refuge where heavenly sinners live. In the Old Testament, as a sinner could only return to his country after the death of the high priest, in the New Testament, we can receive salvation, only through the sacrifice of Jesus, the High Priest anointed with the holy oil.

Just as prisoners could never be released from the city of refuge by paying with silver or gold, our salvation is not obtained through materialistic goods. Only when when we partake in the holy sacrifice of Jesus, can we receive the grace to see heaven again. How can we participate in Jesus’ sacrifice? Simply believing in the words is useless.
The right way to extol and participate in the sacrifice of Jesus is to keep the Passover, the feast that Jesus established with His own flesh and blood.

In him we have redemption through his blood, the forgiveness of sins, in accordance with the riches of God’s grace (Eph 1:7)

God, who has no sin, came to this earth to give salvation to all mankind who didn’t know where they came from or where they were going. And established the Passover, the holy feast through His sacrifice. If all mankind realizes how precious the Passover is, then all mankind can go back to the kingdom of heavenly.

There are many people who have neither heard about the Passover nor know about the hometown of our soul. Through this video sermon, we hope many will realize they are able to look toward heaven is at the cost of God’s noble sacrifice and absolutely realize the secret hidden in the regulations of the city of refuge.